My son has been asking for…..ev…..er to get his own army and play the game dad plays.  We sat down and picked an army for him.  We looked through the marine codex and the army he chose was Black Templars.  Praise Be!

This week he turned the big 7.  I felt he was old enough to start introducing him into the hobby.  So for his birthday I bought him his first Tactical Squad and a batch of Reivers.  I let him pick what he wanted the squad to be equipped with.  A 7yr old follows the Rule of Cool.  I enjoyed the choices and his reasons to why. 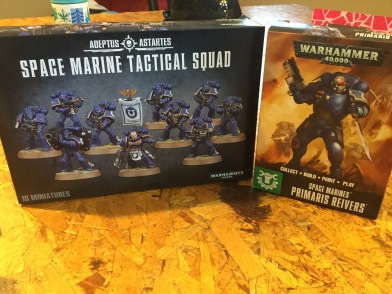 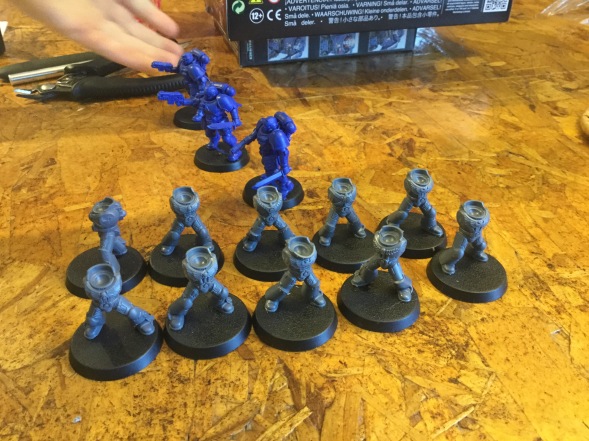 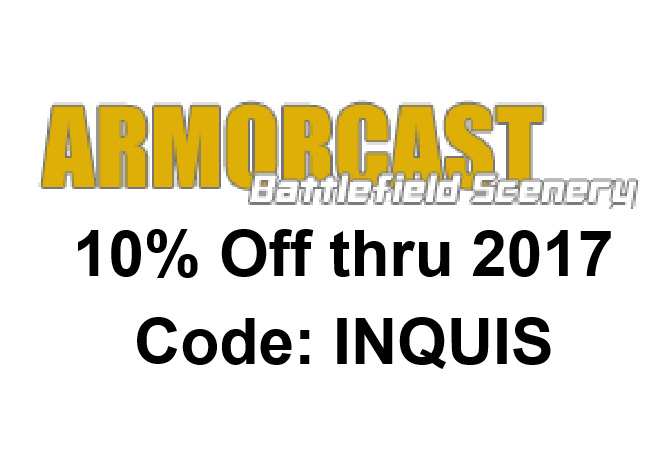